Big dreams are the obvious, common, go-to recommendation. There are several reasons.

Big dreams are easy to get excited about. Big dream speeches draw crowds and YouTube views. We all know big dreams that have come true. We know that, together, groups have started small and changed the world.

From Martin Luther King’s “I Have A Dream” speech to Kennedy’s moon speech to Churchill’s finest hour speech, big ideas have brought people together and to their feet throughout history.

Here’s the problem – big dreams have a built in excuse. The dream is so huge that no one, including yourself, can really believe it. And no one will blame you if it doesn’t work out. It was just too big, you see.

You can always tell yourself that you were just ahead of your time.

But that kind of thinking short circuits the power of a dream. If you don’t think it’s really possible then it’s just a fairy tale, a nice story for children, a fantasy, as life-changing as Comic-Con.

There are ways around this problem but first, let’s consider the flip side . . .

It’s easy to believe small dreams can be reached. They don’t take as much effort, don’t require crowds or national movements. They’re cheaper.

Sure, they’re a little less exciting but you might be able to get them done in a weekend, or a week, or a month. Of course, you won’t go down in history . . .

Rosa Parks didn’t set out to change the world. She just got fed up with the injustice of it all and ran across a really horrible bus driver. Maybe she was tired. Maybe she didn’t have time for lunch and her blood sugar was low. Maybe someone else had pushed her to the limit before she stepped on that bus.

But whatever the series of events, that day was different. She decided that here, now, in this moment, no matter the cost, she wasn’t moving.

Rosa Parks did not dream of a nation where one day people would, “not be judged by the color of their skin but by the content of their character.” She had a smaller dream. She dreamed of sitting down on a bus and not having to move until she got home.

So, on that day, she made her stand. And she got arrested. But she survived.

From all experience, that should have been the end of it. She wasn’t the first to refuse to give up her bus seat and be arrested. And yet . . .

The funny thing about small dreams is that they grow. I certainly didn’t dream of a thirty year career in the music business when I first picked up a guitar. I dreamed of learning a G chord. And then an A chord.

Neither did Rosa Parks dream of being the spark that started a movement that changed the world. The Wright brothers didn’t dream of flying when they learned to ride a bicycle. John F. Kennedy didn’t dream of sending a man to the moon when he joined the Navy.

After that it will be too small a dream and you’ll have to dream bigger. By then you’ll be a bigger person and be able to handle it. Or maybe someone else will be bigger than you.

Rosa Parks believed at the time that, even if nothing else came of it, it was still worth it to refuse to give up her Montgomery, Alabama bus seat because of the color of her skin. She would keep a little of her dignity. She would stand against injustice. She–would–do–SOMETHING!

It would be a story for her children. It would be a legacy of courage. It would be her testimony before God. Here, on this day, she made her stand by sitting. It was just the right thing to do.

But on that day, something was different. Rosa Parks was more than she seemed. She was such a good woman, so hard working, so giving, that she was known across the community. People loved her.

“Rosa Parks was one of those rare people of whom everyone agreed that she gave more than she got.” ~ Pulitzer Prize–winning historian, Taylor Branch

“She was the secretary of the local NAACP chapter, attended the Methodist church, and helped oversee a youth organization at the Lutheran church near her home. She spent some weekends volunteering at a shelter, others with a botanical club, and on Wednesday nights often joined a group of women who knit blankets for a local hospital. She volunteered dressmaking services to poor families and provided last-minute gown alterations for wealthy white debutantes. She was so deeply enmeshed in the community, in fact, that her husband complained that she ate more often at potlucks than at home.”
~  Charles Duhigg, The Power of Habit: Why We Do What We Do in Life and Business

People who would not stand up for themselves would stand up for her. And so, that small dream, by that small person, in that troubled time time, became the dream of others.

Changing the world isn’t really the point of dreams anyway. Some dreams are small and personal-sized just for you. They are compass headings to your potential. They are markers along the path. Guideposts.

Dreams matter in your life. And you matter in our lives. So make them good dreams. And be the best dreamer you can be.

Because once you’ve found a dream that catches in the sails of your imagination, once you hear the creak of the ropes and feel the deck surge beneath your feet, once that smile creeps into the corner of your mouth and you turn your face to the wind, nothing will ever be quite the same. 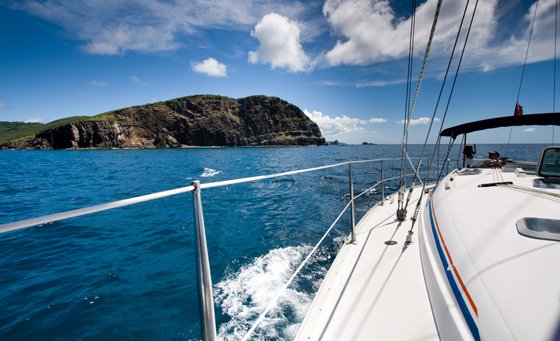