For three decades I sat staring out a control room window that led to another room. Over time I began to crave nature. I would take long drives just to see the outdoors.

Then, out of total boredom in a hospital waiting room with nothing else in sight, I picked up a JAMA – The Journal of the American Medical Association. While flipping through and looking for pretty pictures, I ran across a study that said a view of a tree from your hospital bed measurably decreases post operative infections and complications.

I finally had proof that I wasn’t entirely crazy to crave nature. It fueled my passion and I began to look for other information. It was easy to find.

When I finally set up a home studio, my console and monitors were centered on a window with a view of my front yard. It felt so much better but, since I wasn’t in a post-surgery hospital bed, I had no proof other than my own feelings. 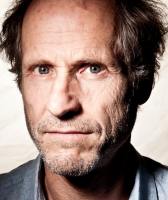 He did a study of windows. Participants were shown one of three views: a natural setting through a window, a digital display of the same scene and a blank wall.

Then, as professors are want to do, Peter stressed the people out – artificially. There is no mention in the article of exactly how he did this. Rather than read the scientific tome, I imagined a pop quiz – in electro-shock therapy – but that’s just a guess.

Then, he timed how quickly their heart rate returned to normal after he (possibly) threatened them with a tax audit, or maybe a Justin Bieber concert. I’m still just guessing here.

In any case, after they rounded up Bigfoot, the people who looked at nature got back to normal faster. The people looking at the video did the same as those staring at a blank wall, because we’re really not that dumb after all, which is encouraging.

“We do best mentally and physically
when we’re connected to nature.”

So, if you’re looking for a way to vent some Monday adrenaline, take a good, long look out your window. If your boss thinks you’re daydreaming, show him this blog. Then, after he chews you out, he can go back to his office and stare out his window, giving you a little more unsupervised time.

Photo of the view from the Goba Guest House in Leh, India by Sistak via Flickr